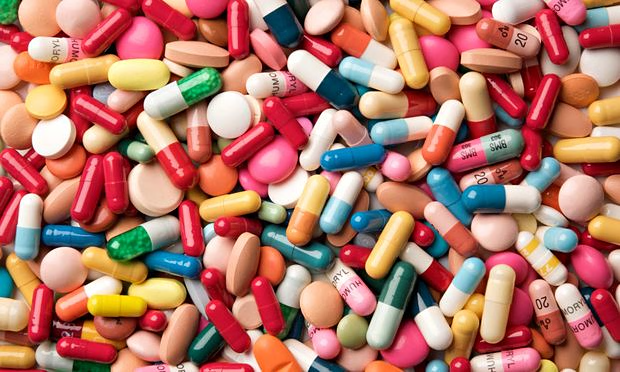 Wide Selection of PEDs
The classifications of substances as performance enhancing drugs are not entirely straight forward and objective. As in other types of categorization, certain prototype performance enhancers are universally classified as such (like anabolic steroids), whereas other substances (like vitamins and protein supplements) are virtually never classified as performance enhancers despite their effects on athletes' performance. This is because athletes can get the correct amount of protein and supplements their body needs by having a proper diet. In addition, out body can also break down the chemicals in supplements, whereas in PEDs it is often not properly distributed and broken down by the body.As is usual with categorization, there are borderline cases; caffeine, for example, is considered a performance enhancer by some athletic authorities but not others

Performance Enhancing Drugs have a variety of  categories consisting of:
Feel free to select any one of the subcategories of the above classifications for a further explanation on each particular performance enhancing drug.
Lean mass builders are used by athletes to increase the growth of muscle and lean body mass, to reduce recovery time after an injury, and are sometimes used to reduce body fat.  Examples of lean mass builders include anabolic steroids, beta-2 antagonists, and various human hormones (human growth hormone, HGH).
Lean mass builders also amplify the growth of muscle and lean body mass. They can also reduce the time it takes an athlete to recover from an injury.

Stimulants are psychoactive drugs which induce temporary improvements in either mental or physical function or both.

Examples of these kinds of effects may include enhanced alertness, wakefulness, and locomotion, among others.
Due to their effects typically having an "up" quality to them, stimulants are also occasionally referred to as "uppers".
Depressants or "downers", which decrease mental and/or physical function, are in stark contrast to stimulants and are considered to be their functional opposites. Stimulants are widely used throughout the world as prescription medicines and as illicit substances of recreational use or abuse.

Stimulants also allow the body and mind to perform optimally by enhancing focus, energy, and aggression.

Some examples of Stimulants include:

Painkillers are a drug used to help in relieving pain.
Painkillers were not generally referred to as performance enhancing drugs until recent discussion and controversy from sports such as the NFL.
It was argued that Painkillers only helped athletes in pain restore back to normal, thus giving them no advantage but simply help them reach normal playing levels to match their surrounding athletes.
They even raised the argument that it would be ridiculous to ban painkilling medication as aspirin is a drug that relieves headache pain as well as advil and tylenol, and those can not possibly be banned for athlete usage.
Because of this, a list was constructed that banned the usage of more severe and powerful painkillers such as morphine and cortisol.
NFL athletes were quite rattled by this decision as it was common for football players to use cortisol to 'freeze the pain'.

Diuretics are substances that have the ability to increase the flow of urine and accelerate the excretion of sodium that disrupt the activity of fluids in the body. It is often used by athletes to remove water from the body in order to lose weight and to conceal the presence of other prohibited substances in the body.

Because of this behavior of athletes, the World Anti-Doping Agency has banned the use by athletes of any type of diuretics in and out of competition.

Diuretics are chemical compounds that inhibit or induce the body to release hormones that regulate the production of urine in the body. These substances are often used especially by wrestlers to remove excess fluid from the body to comply with weight requirement for their particular sport.

Blood doping is the practice of boosting the number of red blood cells in the bloodstream in order to enhance athletic performance. Because such blood cells carry oxygen from the lungs to the muscle, a higher concentration in the blood can improve an athlete’s aerobic capacity (VO2 max) and endurance. Many methods of blood doping are illegal, particularly in professional sport.

It is the process of adding oxygen to your blood. It is important in order to maximize your stamina and aid in the conservation of energy during high endurance sports.

Many athletes have fallen victim to this method of performance enhancement such as Lance Armstrong, a famous cyclist who has numerous and consecutive Tour de France title victories.