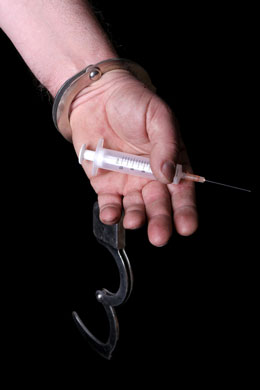 Legal IssuesThe World Anti-Doping Agency is an enforcement agency that deals with the usage of performance enhancing drugs in sport. The agency formed shortly after the controversial decade in MLB history, often debated that Barry Bonds began this revolution in sports after being caught for using PEDs. Performance enhancing drugs range throughout variations which are relatively difficult to test for as they may be found using different testing methods. However, the lab workers may not efficiently test using all these methods as the drugs can leave your system before the testing phases are complete.

In addition, drugs classified as 'masking drugs' are also enforced by athletes which help hide the PEDs they are using during testing. For example, athletes use human growth hormones which pump excess testosterone into their system, however they use a drug called epitestosterone which levels out the testosterone and estrogen in your body temporarily, leaving the lab geeks with no evidence.

Dr. Charles Yesalis stated that the most controversial issue with anabolic steroids is that it is against the law, and against the rule of sport. Rules are what define sports, and using drugs to gain an unfair advantage is equivalent to cheating (DiEugenio). It is clear the muscle conditioning supplements like anabolic steroids may present detrimental health hazards.  Along with physical and emotional downfalls, most performance enhancing drugs carry severe legal penalties for possessing them. Organizations like the United States Department  of Justice, the International Olympic Committee, and the World Anti-Doping Agency have all set laws and standards for illegal substances.

The United States Department of Justice has been arguably the most active on the subject of performance enhancing drugs. In 1985, the department, along wit the FBI, and the Customs Service began investigating the manufacturing and selling of these supplements. They have classified anabolic steroids and various stimulants as Schedule III drugs. It is illegal to possess such a drug without a prescription. Under U.S. Federal Law, anyone convicted of possession or distribution of one of these drugs can be sentenced to five years imprisonment for each individual count (R, James).

The topic of legality most specifically relates to the area of athletic competition. As Mohun states: The International Olympic Committee has formed austere rules under which drugs can be used by competitors. Stimulants, Narcotic Analgesics, anabolic steroids, testosterone, growth hormones, and blood doping techniques have all been banned. On the other hand, performance enhancing supplements that are perfectly legal do exist. This is why the World Anti-Doping Agency created a list in 2006 of exactly what substances are sanctioned